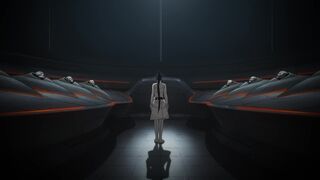 The Immortal Ship Committee (不死の船員会 Fushi no Sen'in-kai) is a shadow group of individuals aboard the Sidonia who are deemed essential to the ship's mission and are kept alive indefinitely with biotechnology. The group has since become hubris and corrupt; Kobayashi had all active members that opposed her executed to restore the original intentions of their mission.

About 600 years in the past, the core members of the Immortal Ship Committee (Kobayashi, Hiyama, Saitou, Hiroki, and Ochiai) took drugs that made them immune to aging and disease. As time went on, more members were added into the committee until (100 years before main events) there were 25 members in the committee. They were led by Kobayashi and had the ultimate goal of delivering Sidonia to a safe and habitable star system. However, the committee has since become an oligarchy (corrupt and hubris), only focusing on matters that would only threaten their influence and power.

While certain members live amongst Sidonia's populace, most of them live inside bio-mechanical shells that protect their bodies from ravages of time and disease. These members are unnamed, but they're the committee (aka assembly) members that make decisions for Sidonia. Their real names are not given and they are referred to by numbers. The only visible portion of their body are their faces, which are covered by skeletal masks and hide their youthful appearance. Physically, the members of the Immortal Ship Committee look as if they were in their late twenties.

Fearing for the survival of Sidonia, they try to remove Captain Kobayashi from her position, with Member #5 presenting himself as the next captain. However, shortly after he does so, the clone Ochiai uses a Toha Industries weapon to kill him and every other member of the committee present. After the murder of the committee members, only six immortals remain on Sidonia and Kobayashi rules as the leader of Sidonia unimpeded.